Students of the second medical faculty of Donetsk National Medical University Yuri Taran and Vladislav Pavlish ranked fourth out of 28 possible at the All-Ukrainian debatable tournament organized on the basis of KPI.

On the first day of their stay in the capital, the participants of the tournament spoke with deputies from various factions and well-known public figures and journalists - Roman Scripin, deputy head of the Central Election Commission Andriy Mageroy, Michael Schur. Students listened to lectures and tips for a successful performance. There were also workshops on argumentation.

Students could apply their knowledge in practice during the qualifying round. Four of the best teams went to the next stage of the competition. Medical University was the first in this list.

In the first round, the teams "government" and "opposition" put forward their point of view on anti-corruption reform. Yuri and Vlad acted as opposition reformers and received 71.5 points out of a possible 72. During the second round, the topic of state funding of political parties was considered, and in the final, the government adopted the electoral code.
Gaining the fourth place according to the jury, the team has gotten the largest fan sector from different cities of Ukraine.

It is important to note that over the past five years, the DNMU became the first medical university to host the debut tournament. Second-year students are grateful for the help in preparation to the history teacher Anatoly Sustretov and tell that they have received enormous experience in Kyiv. Now they plan to organize a debate tournament at the medical faculty number 2, where they will discuss issues of medical subjects. 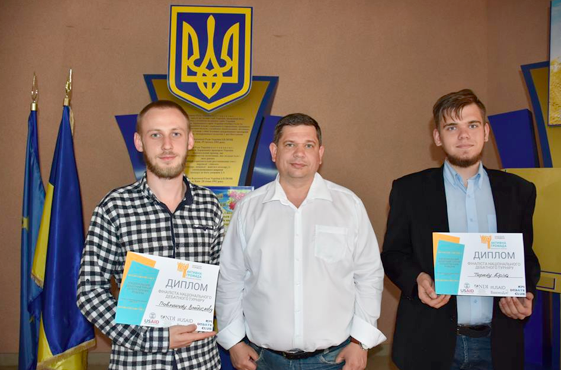